Terrorism is the use of violence to achieve political ends. Terrorism can be used by both non-state and state actors.

This is how non-state terrorism works: a weak group tricks a stronger adversary into defeating itself. Terrorist-provoked fear results in antiterrorist overreaction.

A classic example occurred in the mid-1940s when Palestine was under British Mandate. A (weak) Zionist paramilitary group blew up many British buildings. The British responded by sending in more and more troops to put down the insurrection, but they were still reeling from World War II and their military and economic resources could not sustain their overreaction to the terrorism. Eventually the British gave in and left Palestine, which enabled the Palestinian Jews to create the state of Israel. As David Fromkin pointed out in a 1975 Foreign Affairs article, if the British had not overreacted to the terrorism, the Zionist rebels would have lost. Successful terrorism depends on the overreaction of the stronger group.

In this century, non-state terrorists are doing spectacularly well using terrorism. Just as the British did, the United States is defeating itself in the “war against terror.” The Bush administration responded to the 9-11 attack by starting wars in Afghanistan and Iraq that caused death and destruction to hundreds of thousands and toppled the entire region into the kind of chaos that nurtured Al Queda and bred groups like ISIS. These foolhardy wars cost thousands of American casualties and trillions of dollars. This was accompanied by domestic political repression and massive surveillance, which are costing the United States its tradition of freedom.

The Obama administration has followed the Bush prescription of trying to use military force to accomplish political ends. Obama’s drone strikes all over the Middle East have resulted in much more terrorism than that before 9-11. The entire Middle East has become a destabilized cauldron of unrest and war, just as predicted by Middle East experts before our invasion of Iraq. The United States now finds itself without a viable strategy for dealing with all of this and so continues to bomb and bomb and bomb. All this has resulted in the enhanced rise of the national security state here.

According to Peter Van Buren, “To such a ‘wartime’ paradigm one just needs to plug in new bad guys from time to time, which is proving an ever-easier venture, since each of our previous wars and conflicts seems to offer a remarkably helpful hand in creating them. In this way, radical Islam has proven, with Washington’s help, a worthy successor to the Soviet Union, itself once a superb money-making venture [for war profiteers] and a great way to build a monumental national security state.”

Our society is now foundering on problems endemic to the focus on militarization. As “defense” budgets soar, our inequality is growing. Our infrastructure is crumbling. Our education system is being starved. Our citizens are becoming disengaged from public discourse. Since the terrorist attacks in Paris and San Bernardino, there has been a rise in xenophobia, right-wing extremism, and hate crimes, spurred by constant corporate media coverage of terrorism as an “existential threat”, which it is not. And our institutions, from elections to Veteran’s Affairs to the Secret Service to the Drug Enforcement Administration, are showing the signs of corruption that may presage a long path to becoming a failed state.

So far, Obama seems to understand that terrorism is meant to provoke overreactions and he has held the line against the hysterical militarists, neocons, citizens, political candidates, and pundits who are calling for more American boots on the ground, but a new president of either party is likely to send our troops in, and ISIS will then get its greatest hope fulfilled, its terrorism triumphant.

We have embarked on endless war because non-state terrorism is having its desired effect on states which have come to rely on military overreactions to all provocations.

This is how state-sponsored terrorism works: a powerful group keeps a much larger group under control through the use of violence.

Examples of American-sponsored terrorism abound. From colonial times on, indigenous populations were massacred and terrorized into retreating from their own lands. Blacks have been terrorized since slavery by organizations that morphed into the modern police force. In Our Enemies in Blue, Kristian Williams traces policing in this country from the slave patrols of the antebellum South to the murders of unarmed blacks by police officers today. Ta-Nehisi Coates has movingly described the resultant fear in the African-American community in Between the World and Me. 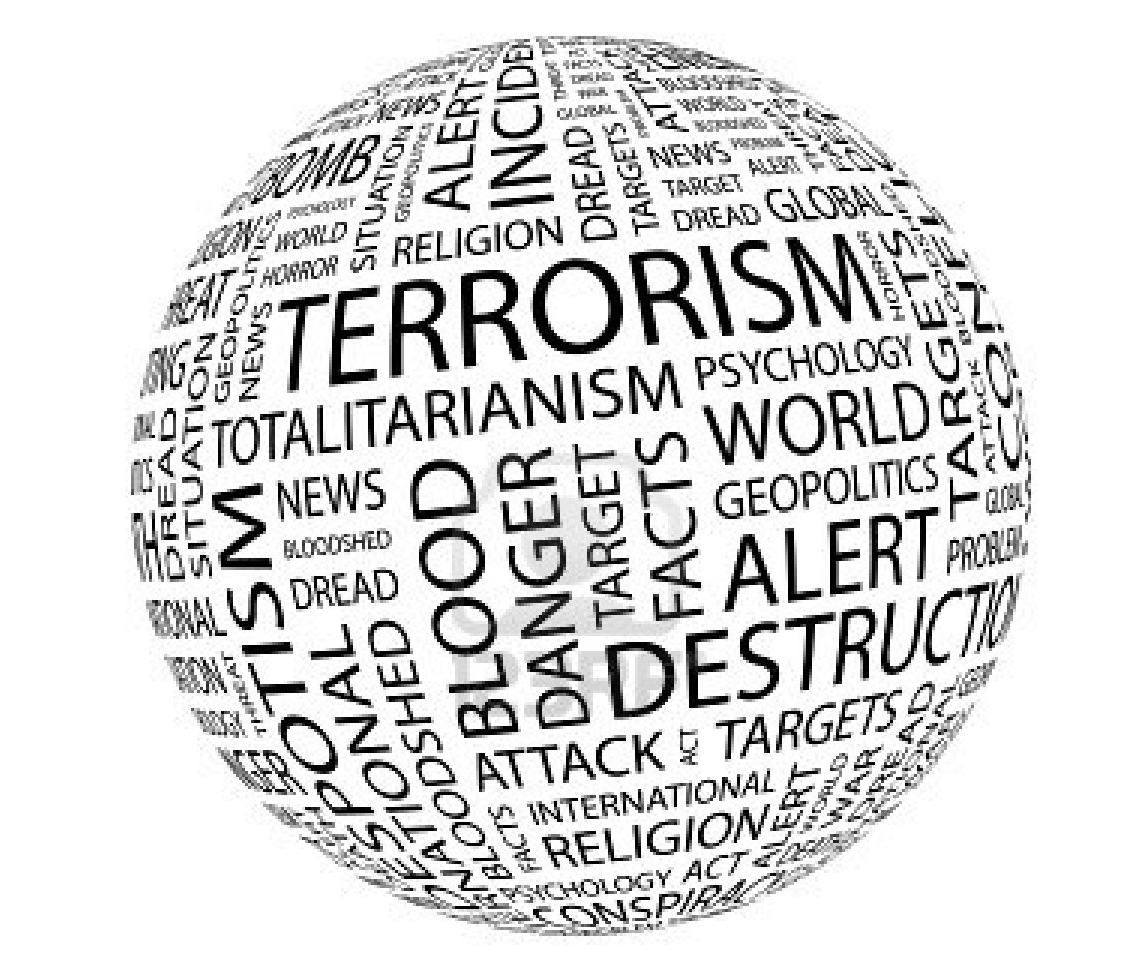 In this century, from “shock and awe” to drone strikes to bombings of hapless civilians in Iraq and Syria and Yemen and other Islamic countries, the U.S. has visited terror all over the Middle East. Our last two leaders (at least) have been using terrorism at an accelerating pace. In this century George W. Bush started it with the wars in Afghanistan and Iraq as well as drone attacks. Barack Obama has used more and more drone strikes as well as the air war in Iraq and Syria. These involve massive terrorism. The war against ISIS has neither stopped its expansion into other countries nor impeded its humanitarian outrages.

Secretary of State John Kerry recently said there is “no justification for attacking innocent people and bombing buildings.” Yet this is precisely what the United States has been doing in the Middle East throughout this century. Such hypocrisy of United States foreign policy occurs frequently.  But our language confuses this issue. When we are subjected to political violence, it is “terrorism”. When we subject others to political violence, it is called “defense” or “humanitarian aid.”  This managed perception is mirrored by the corporate media.

As Chris Hedges has summed it up: “The attraction of Islamic State … is that it articulates the rage felt by the wretched of the earth …. We in the United States are not morally superior to Islamic State. We are responsible for over a million dead in Iraq and 4 million Iraqis who have been displaced or forced to become refugees. We kill in greater numbers. We kill more indiscriminately. Our drones, warplanes, heavy artillery, naval bombardments, machine guns, missiles and so-called special forces—state-run death squads—have decapitated far more people, including children, than Islamic State has. When Islamic State burned a Jordanian pilot alive in a cage it replicated what the United States does daily to families by incinerating them in their homes in bombing strikes. It replicated what Israeli warplanes do in Gaza. Yes, what Islamic State did was cruder. But morally it was the same.”